The Lady and The Wish – J.M. Stengl 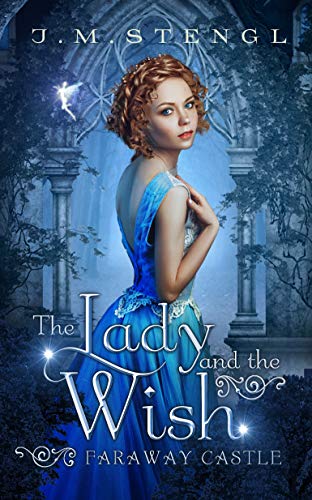 This book is yet another win for Mrs. Stengl! It’s probably one of the best fairytales I have read yet this year.
Lady Gillian was…not what I’d expected. She didn’t have as much of a mean streak as she simply was oblivious and self absorbed. I had assumed that she would be the easy-to-hate type at the beginning of the book. In reality, though, I just pitied her, especially after her rotten parents decide to make her pay for all their mistakes. After everything she went through for them, she deserved a happy ending.
The real Gillian is actually a pretty capable girl, who is a surprisingly solid judge of character after she gets past the surface. I have to say that I really admire that girl’s tenacity. I wouldn’t have lasted the week in that insane manor. And it was also sweet how much she cared about that old lady. Though as cruel as that woman was to her, I was beginning to question her sanity in staying.
My only real qualm with this book is that the villain didn’t get what he so richly deserved. I’m hoping that might be resolved in a future book’s plot. In the meantime, I’m just going to go back to staring at the calendar and counting the days until book five: The Mirror and the Curse releases.

*** I received an advanced reader copy of this book free from the author. I was not in any way required to leave a positive review.*** 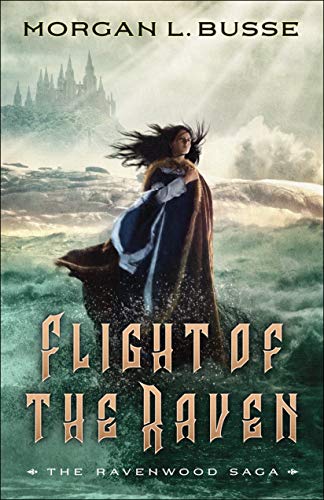 Great sequel to Mark of the Raven! It’s a bit of a slower paced book, focusing more on the romance than any action, but it it brimming with suspense and lovable but flawed characters that i’m dying to see more of. Busse has a beautiful style and strong description that make the dark, airy hallways of Ravenwood or the bright lights and oceanic scenery of house Maris both easy and breathtaking to picture. The ending was a touch of a cliffhanger, so I really hope that book 3 is not too far down the road, because I’m about to go crazy wanting to know what happens next.

I have read and enjoyed several of Minton’s books. This one…Well, it was a fairly enjoyable way to pass some time, but it felt rather lacking in both depth and feeling.

I liked Ethan well enough, he was a genuinely sweet guy and tried so hard for everybody – even when he did go a touch overboard. My only qualm with him is that he would so easily abandon a baby for a few days with a woman who knew nothing of caring for infants – without even telling her. He just walked out the door.

As for Eve, I can’t say I ever really liked her. I understand that her character was dealing with a number of serious physical and emotional wounds, and I tried to like her, I really did. But I just never really felt much for her character beyond a bit of annoyance. She reacted badly or overreacted to everything, even though she was quick to apologize later. There was really nothing there that endeared her to me. She was a lackluster character and I never really felt much in the romance between her and Ethan.

Overall, it was a relatively enjoyable escape read, but not one i’ll be re-reading.

*** I received an advanced reader copy of this book free from Netgalley. I was not in any way required to leave a positive review.***