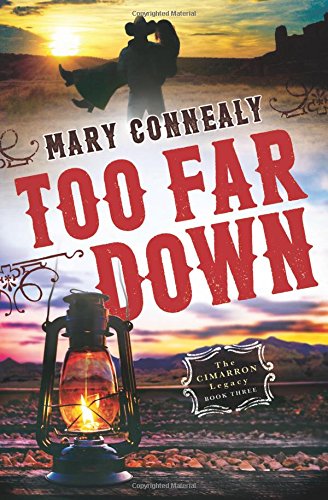 When an explosion kills men and damages the CR Mining Company, the Bodens realize their troubles are not behind them as they thought. Shadowy forces are still working against them.

Cole Boden finds himself caught between missing his time back East and all that New Mexico offers. Sure he fights with his siblings now and then, but he does care for them. He enjoys running the mine and, when he’s honest, he admits that Melanie Blake captures his interest in a way no other woman ever has.

Melanie has been a friend to the Bodens forever. A cowgirl who is more comfortable with horses and lassoes than people, she never expected to find herself falling for someone. Particularly for refined Cole Boden, a Harvard graduate who may not stay long at the ranch. She’s determined, however, to help the Bodens finally put an end to the danger that’s threatened all of them. But will putting herself in harm’s way be more dangerous than anyone expected?

Cole Boden is pulled between two worlds. If anyone could help him choose, it would be Mel, the feisty sharpshooting cowgirl who has always managed to best him at just about everything. The family dynamic between characters is strong and the pace of the book never slows for long.

The romance wan’t particularly memorable though. It’s a bit too familiar of a formula with Connealy’s books. Feisty independent heroines, and slightly clueless heroes sniping at each other until the realize they love each other. It’s still fun, just beginning to lose a bit of its sparkle.

Too Far Down, the finale to the Cimarron Legacy series, is a solid tale, but not a standout. Though my review might sound a bit harsh, It’s still worth the read and I’d happily recommend it to lovers of cowboy romances.

**I received this book free from Bethany House for promotional purposes. No positive review was required. All opinions expressed are purely my own.**